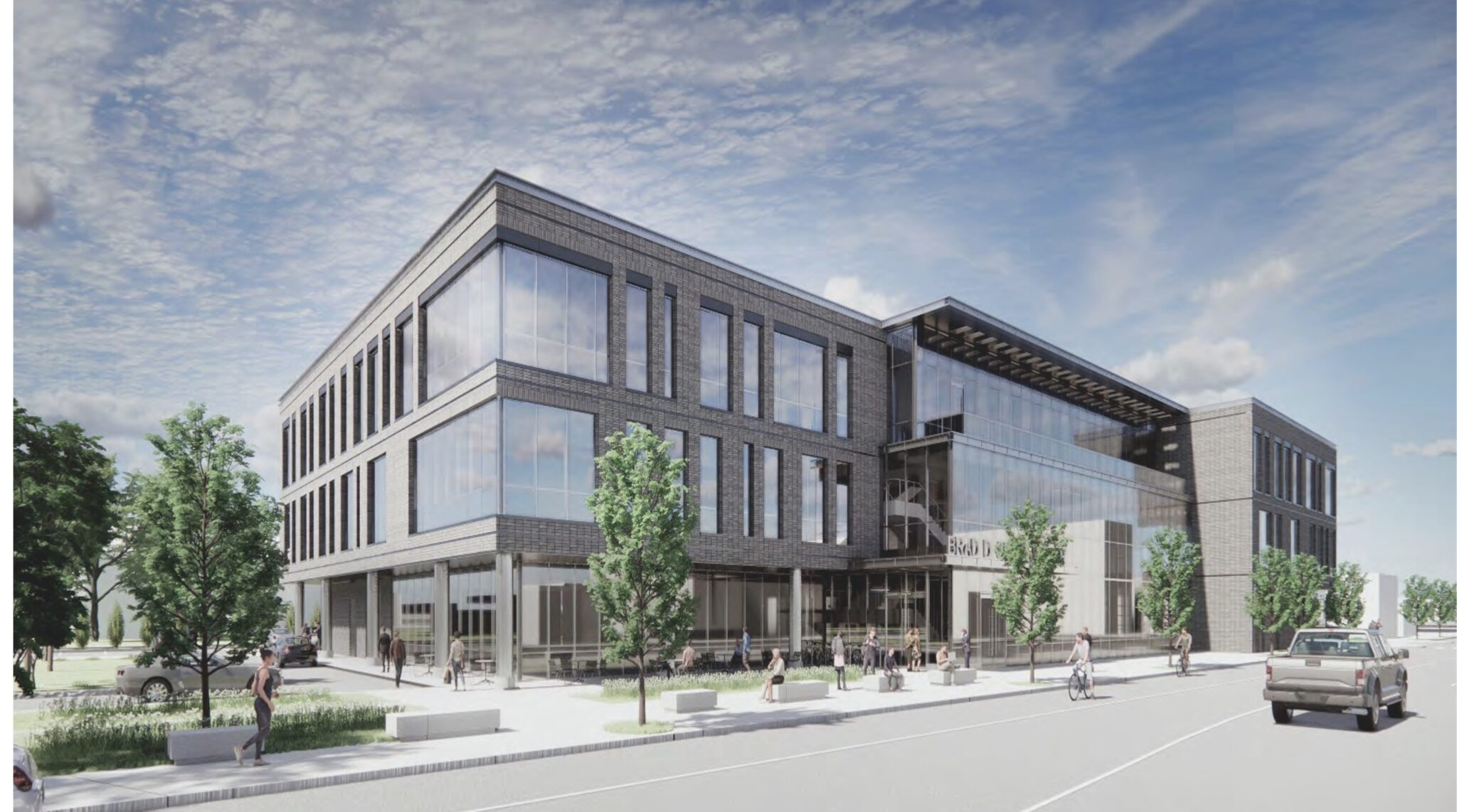 The Brad D. Smith Center for Business and Innovation expected to be completed in the Fall of 2023.

HUNTINGTON, W.Va. — Marshall University will soon have a new home for the Lewis College of Business.

Campus officials in Huntington held a groundbreaking ceremony Wednesday for the Brad D. Smith Center for Business and Innovation. The facility is expected to be 77,000 gross square feet and completed during the fall of 2023.

Along with classroom space, the three-story Brad D. Smith Center for Business and Innovation will feature a forum and auditorium, computer and finance labs, office space, meeting rooms, and study spaces for students, a release said.

“We’re going to build a state-of-the-art facility that will be the rival of anything in the nation. We’re excited about that and people here are full of energy,” Marshall University President Jerome Gilbert told MetroNews in an interview Wednesday.

The project cost between $40 and 50 million according to Gilbert and will sit in the 1400 block of 4th Avenue in Huntington.

The facility will be named for Marshall President-elect Brad D. Smith, former CEO of Intuit and a Marshall graduate and benefactor. Smith and his wife, Alys, donated $25 million in 2018 to the Lewis College of Business, helping to make the vision of the new facility a reality. It marked one of the top three gifts to Marshall University in its history.

Gilbert said the naming of the building came before Smith even considered the position of president at Marshall.

Officials say the facility will allow for more interdisciplinary collaboration among students and faculty, concurrently advancing research, 21st-century learning and community engagement. It will be equipped with conference capabilities for both small and large business gatherings and serve as an incubator for both management and practice, offering student-centered opportunities for learning and collaboration, a release said.

“It will be available for class space for other students, it’s one block from campus which we think is an exciting location. We think it will attract a lot of students to our College of business because it will be a beautiful facility that students will see when they come to tour,” Gilbert said.

Featured speakers at the ceremony included Gilbert; Interim Provost and Former Marshall Business Dean Avinandan “Avi” Mukherjee; and Smith. Other guests at the event included representatives from Marshall’s Board of Governors and the College of Business Advisory Board, as well as Fairmount Properties, the development company leading the project, and architecture firm Perkins Eastman of Pittsburgh.

Smith began his remarks by reminding the guests of the saying, “If your dreams can be achieved alone, you’re not dreaming big enough.” He added, “And this is evidence of what is possible when we all come together.”

“There are some people who have really leaned in and sweated the details to make this moment happen, starting with you, President Gilbert. This was your vision. You made this possible. I dreamt of an opportunity to find a way to support the university in something that I knew would have an impact, and you made that all happen,” Smith said at the ceremony, also thanking Mukherjee, Stroud and several others.

“Our time has come, and we are leaning in collectively to seize this moment and shape the future, not only for our community but for the rest of the world.”

Marshall said future development that is envisioned along Fourth Avenue will continue to be a collaboration among Fairmount Properties, Marshall University, PJ Dick Construction and Perkins Eastman.

“We think Huntington is at the beginning of a renaissance and we’re so excited that things are looking up for our city and our university,” Gilbert said.