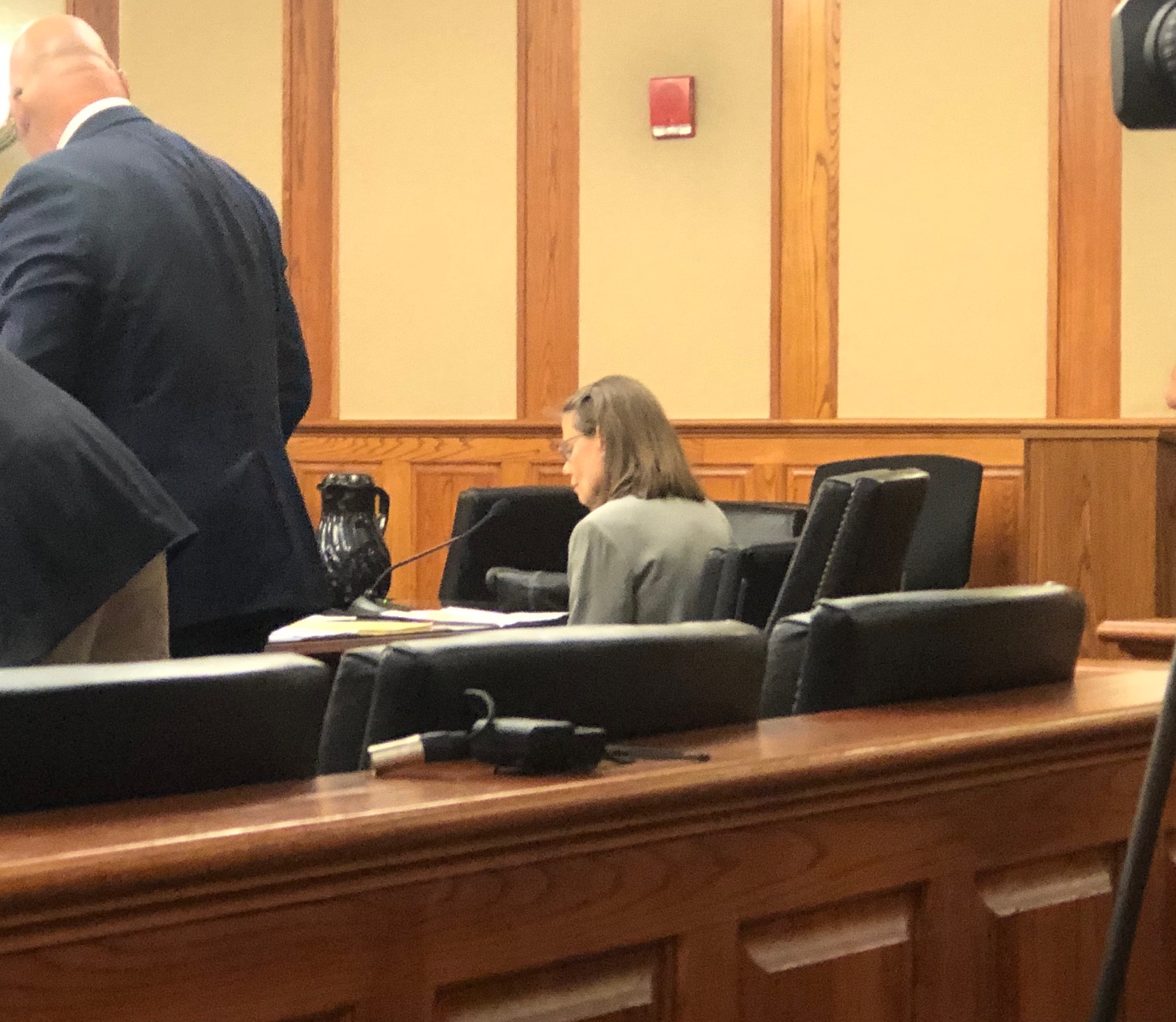 CHARLESTON, W.Va. — A former Kanawha County Schools teacher has pleaded guilty to multiple counts of battery on several of her former students.

Nancy Boggs, 67 of Charleston, pleaded guilty to ten counts of misdemeanor battery before Kanawha Circuit Judge Maryclaire Akers on Tuesday. Boggs was indicted in Nov. on 23 counts of battery and one count of verbal abuse of a non-communicative child. The other 14 counts were dismissed.

The three victims in the case, identified as S.P., T.B., and A.S., were all previously students in her Holz Elementary classroom who have special needs.

Boggs admitted to what she did to the victims, which was captured on surveillance cameras in the classroom and took place in Sept. of last year.

She said that on Sept. 22, 2021, she hit S.P. with a cabinet door, pulled S.P.’s hair and jerked S.P. back and forth by the hair. She further admitted to placing her hands on T.B.’s neck and turning his head, slapping T.B. in the face and in the right shoulder area on that same date.

Boggs admitted to driving A.S.’ head down with her right hand, causing the child’s forehead to strike the desk on Sept. 21, 2021. Boggs also said she slapped A.S. and jerked A.S.’ chair out from underneath him, causing him to hit the door, on that same date.

T.B. in the case has been publicly identified as Trenton Bowden, 9, by his parents Craig and Beth Bowden. Trenton’s mother told the media following the plea hearing it was difficult hearing Boggs admit what she did to her child.

“Although they were scripted and right in line with the indictment, just hearing her saying it out loud, the person responsible for the abuse, it was a weird feeling and made me feel sick,” Bowden said.

Bowden added that she had nothing but positive things to say about Boggs before the incidents occurred. She said it was her first time seeing Boggs in person since last fall.

Both of the Bowden parents have worked with the state Legislature to push through bills that will provide more protection for special needs students in classrooms throughout the Mountain State.

Gov. Jim Justice signed a pair of bills into law in March including HB 4600 which makes it a felony for a person in a position of trust to verbally or physically abuse a disabled child, or to neglect to report abuse they witness. That has been a misdemeanor crime.

SB 261 calls for more frequent viewing of the video from cameras that have been required in special education classrooms for the last few years. A school administrator is now required to review the video for no less than 15 minutes, no less than every 90 days. The school system is also allowed to release classroom video to investigators and to attorneys representing students and their families.

Bowden said her son still struggles from the impact of those days of abuse.

“We have seen effects of trauma since it happened and we’ve been working through it. We had a lot of regression as far as his academic development and just getting him to go to school, the routine of school and trusting adults,” she said.

Boggs resigned from her teaching position on Nov. 1, 2021. She had been at Holz since Aug. 2014 and worked as a substitute teacher in Kanawha County since 2005.

Boggs faces up to 10 years in jail, one year for each battery count. She is scheduled to be sentenced on Aug. 2 at 9 a.m.