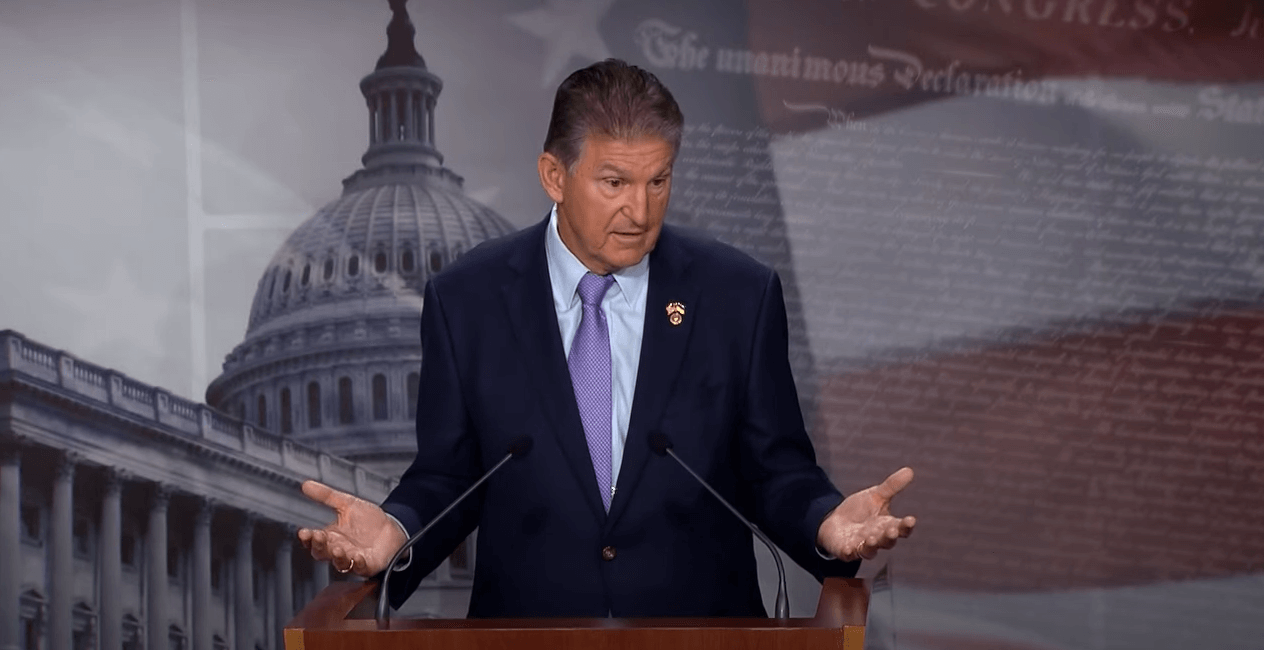 CHARLESTON, W.Va. — The U.S. Senate voted Tuesday to move forward with a stopgap government funding measure to keep the federal government open, but the resolution does not include language related to energy projects.

Sen. Joe Manchin, D-W.Va., reached a deal with Senate Majority Leader Chuck Schumer, D-N.Y., and Democratic leaders to consider permitting changes following the passage of the Inflation Reduction Act. Manchin was adamant related language would be in the continuing resolution, contending opponents would be willing to shut the government down by opposing the provisions.

Yet ahead of Tuesday’s vote, Manchin asked Schumer to remove the permitting bill from the funding measure amid a struggle to get 60 senators in the split Senate to support the inclusion.

“Sen. Manchin, myself and others will continue to have conversations about the best way to ensure responsible permitting reform is passed before the end of the year,” Schumer said on the Senate floor.

The Senate passed the revised continuing resolution in a 72-23 vote; Manchin and Sen. Shelley Moore Capito, R-W.Va., backed the legislation in the bipartisan vote.

Manchin and Schumer announced the agreement on permitting changes in July as part of the decision on the Inflation Reduction Act, the domestic policy proposal Democrats passed in August. Manchin released the legislative text of the Energy Independence and Security Act last week.

The bill includes provisions shortening the review of energy projects, promoting various energy projects through presidential designations, and completing the Mountain Valley natural gas pipeline. The 303-mile system would transport natural gas from West Virginia to Virginia once it is complete. The pipeline is 94% finished, but its completion has been hampered by legal challenges and its costs have exceeded $6 billion.

Sen. Tim Kaine, D-Va., expressed unease last week with language regarding the Mountain Valley Pipeline and moving the project forward through a different process. He urged the removal of the pipeline from the continuing resolution.

“Like so many Virginians, I’m relieved we defeated the attempt to greenlight the Mountain Valley Pipeline without normal administrative and judicial review,” Kaine stated. “Now we can move on and fulfill our responsibility to fund the government.”

Senate Minority Leader Mitch McConnell, R-Ky., argued the matter should have been the subject of bipartisan negotiations rather than a deal between Manchin and Schumer.

“If tepid Democratic support for this phony fig leaf is all that our colleague from West Virginia got in return for approving yet another taxing and spending spree during an inflation crisis, it’s hard to imagine a worse bargain for a senator or for the country,” McConnell stated ahead of the vote.

Manchin had expressed hope about getting support from most of the Democratic caucus and at least 20 Republicans. He described opposition to the permitting arrangement as “revenge politics” against him.

He said Tuesday that furthering energy production should happen, but possibly allowing a government shutdown for permitting changes is not worth the inclusion.

“Over the last several weeks there has been broad consensus on the urgent need to address our nation’s flawed permitting system. I stand ready to work with my colleagues to move forward on this critical legislation to meet the challenges of delivering affordable reliable energy Americans desperately need. We should never depend on other countries to supply the energy we need when we can produce it here at home,” he said.

“Accelerating the construction of energy infrastructure is critical to delivering that energy to the American people and our allies around the world. Inaction is not a strategy for energy independence and security.”

White House press secretary Karine Jean-Pierre said Tuesday evening the White House backs Manchin’s permitting efforts, noting officials will work with him to “find a vehicle to bring this bill to the floor and get it passed and to the President’s desk.”

Capito introduced a permitting measure similar to Manchin’s proposal earlier this month. A majority of the Senate Republican Caucus supported the Simplify Timelines and Assure Regulatory Transparency Act, which includes the completion of the Mountain Valley Pipeline and language limiting oversight.

Capito expressed interest in voting for the continuing resolution with permitting. She additionally noted negotiations leading to the Manchin-Schumer deal made it difficult for Republicans to support the measure.

“Moving forward, I will continue to lead and support legislative efforts to improve our nation’s permitting process and to advance the Mountain Valley Pipeline to completion,” she said Tuesday.

Capito pushed Congress to consider permitting changes before the vote on the Inflation Reduction Act and proposed a permitting amendment to the domestic policy bill.

Lawmakers must pass the continuing resolution before Saturday to avoid a government shutdown. The continuing resolution would keep the government open until Dec. 16. It would additionally dedicate $12.4 billion in emergency assistance to Ukraine, $1 billion for energy bill assistance for low-income Americans, and $2 billion in block grants for natural disaster recovery efforts. The resolution does not include funds for addressing the coronavirus pandemic or monkeypox.

The House of Representatives will consider the continuing resolution following passage by the Senate.